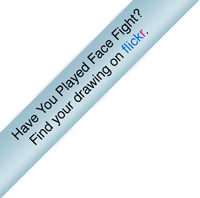 This video shows recent ITP alums John DiMatos and Che-Wei Wang playing with Face Fight in its prototype form. Playfully, rather than drawing each other's faces John and Che-Wei are decorating them: adding horns, goofy, glasses, a mustache, and buck teeth.

Some examples of drawings made with Face Fight. For more examples and for documentation of the construction process, see the Face Fight set on Flickr. What happens if you make a machine that requires more than one draughtsman to make a drawing? Do you end up with conflict or collaboration? To what extent does each draughtsman retain his own aesthetic identity and agency?

Collaborative drawing practices are rare. One well-known example with a long tradition is architectural plans. They range from this traditional floor plan for an unidentified hospital from 1910 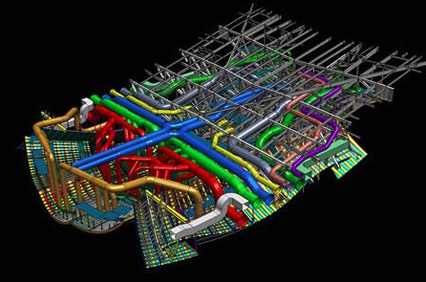 Architectural drawings are the cumulative work of a group of collaborating, specialized individuals, each working on subordinate components. Further, they are created specifically to coordinate the ongoing work of additional teams from a diverse range of disciplines: contractors, electricians, plumbers, bricklayers, etc. Because of the particulars of their collaborative context, they employ specific and pre-agreed upon visual vocabularies.

Another, much quirkier, precedent is the Exquisite Corpse parlor game played by the French Surrealists.

To begin the game, a group of artists would fold a piece of paper. Then, in turn, each would draw a section of an imaginary body on their portion of the piece of paper without looking at those previously drawn by others. At the end of the game, the paper would be unfolded to reveal the final, accidental body.

Where architectural plans work to subsume a large group of technical specialists in order to achieve the coherent, singular vision of a particular structure, the Surrealists used their collaborative process to escape from their individual conscious desires and aesthetic aims in order to allow something deeper or more primal to emerge. While these processes might seem to be complete opposites (the first aiming for rational coordination, the second to release the irrational subconscious), they both use the collaborative process to erase or de-emphasize the individual.

How would you construct a multi-person drawing context that preserved each participant's own agency while still causing a drawing to emerge from all the participants interaction?

In art history, the idea most closely associated with a singular, empowered spectator is single-point perspective. This mode of representation captures a scene as if from a single perfectly seeing eye where all perspective lines converge.

One of the most vivid representations of this idea comes from Albrecht Durer's famous etching, Draughtsman Making a Perspective Drawing of a Woman (1525):

This etching shows Durer himself making a drawing of a reclining nude using two implements designed to aid in the production of perfect single-point perspective: the obelisk to keep the eye steady and the drawing grid to enforce the proportional correspondence between the scene and the paper.

The presence of these two technical implements is intriguing. Could we imagine a machine that would take these tokens of ocular authority and share them between multiple people? Could we make both sides of the drawing process into draughtsman?

Now, here are the beginnings of an idea for a drawing machine: two people sit across the table, viewing each other through Durer's grid, their eyes fixed by obelisks, drawing each other. They both draw, but together make only one drawing. How is their input combined?

The physical form implied in this image provides a clue. Two people sitting across a table playing a game controlled by mechanisms embedded in that table...what is that if not a video game? 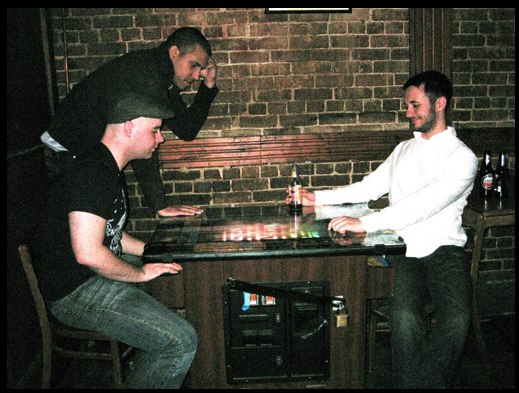 Traditional table-form video games like this common tavern Pac-Man unit orient their players' attention down towards a common screen rather than forward towards each other. If we want the parties to each act as both draughtsman and subject, however, we need them to look up at each other while still maintaining the game screen between them.

To solve this puzzle, the classic arcade game, Space Invaders provides a technique. 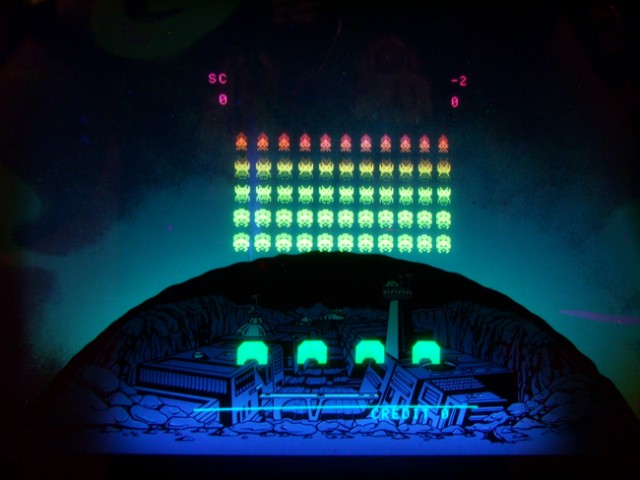 Space Invaders used reflection to project its gameplay screen over a fixed printed background that provided mimetic context. This effect is achieved by placing a display monitor at an angle to a clear piece of glass or plastic so that the bright parts of its image are reflected between the player and the opaque background.

By taking advantage of this technique, a plan for a specific drawing machine starts to emerge: The movement of the coupled handles controls the movement of a drawing point that is projected on the screens between the participants' faces. Together, they move this point around, each attempting to make a drawing of his "opponent's" face. To the extent to which their faces "agree", the draughtsmen are working together, collaborating. Human faces are highly symmetrical and relatively regular, so their faces will often match up well on the grid. 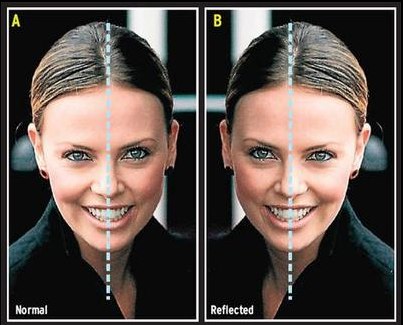 Further, a high level of symmetry is a marker of traditional beauty. So the draughtsmen's own physical perfection affects the extent of their collaboration.

Frequently, however, their faces will differ. Whether because of differences in physical anatomy, gender, size, or the presence of such things as glasses or scars, at many points, each draughtsman will see a feature that differs from his partner.

When those points occur, the draughtsmen will have a choice. They can continue to collaborate by communicating with their partner to negotiate a strategy. Or they can begin to compete: using the physical coupling of the drawing handles to wrestle for control over the drawing point.

Throughout the process of producing the drawing, the two draughtsmen will be forced to stare fixedly at each other's faces. This kind of sustained eye contact is extremely rare in naturally occurring social situations. It can have a powerful effect on individuals' interactions. In fact, it is such a potent force, that the documentary filmmaker Errol Morris designed a device to allow him to conduct all of his interviews with his subject looking directly into both the camera's lens and his own eyes. Morris calls the device the Interrotron because it combines the word "interview" with the word "terror". 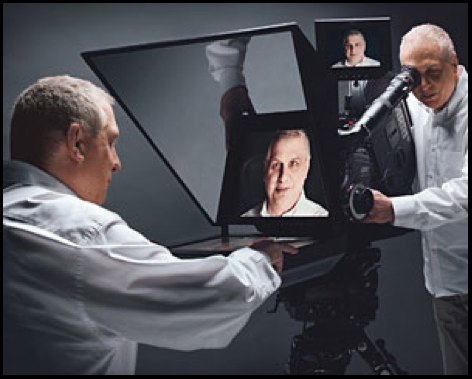 At the end of the drawing process, the draughtsmen will have the opportunity to receive a physical copy of the drawing they made together. They will share authorship of this drawing. It will be the product of each of them and neither of them. Every point in it will result from a moment of dialog or conflict, optical synchrony or physical domination that they shared together.